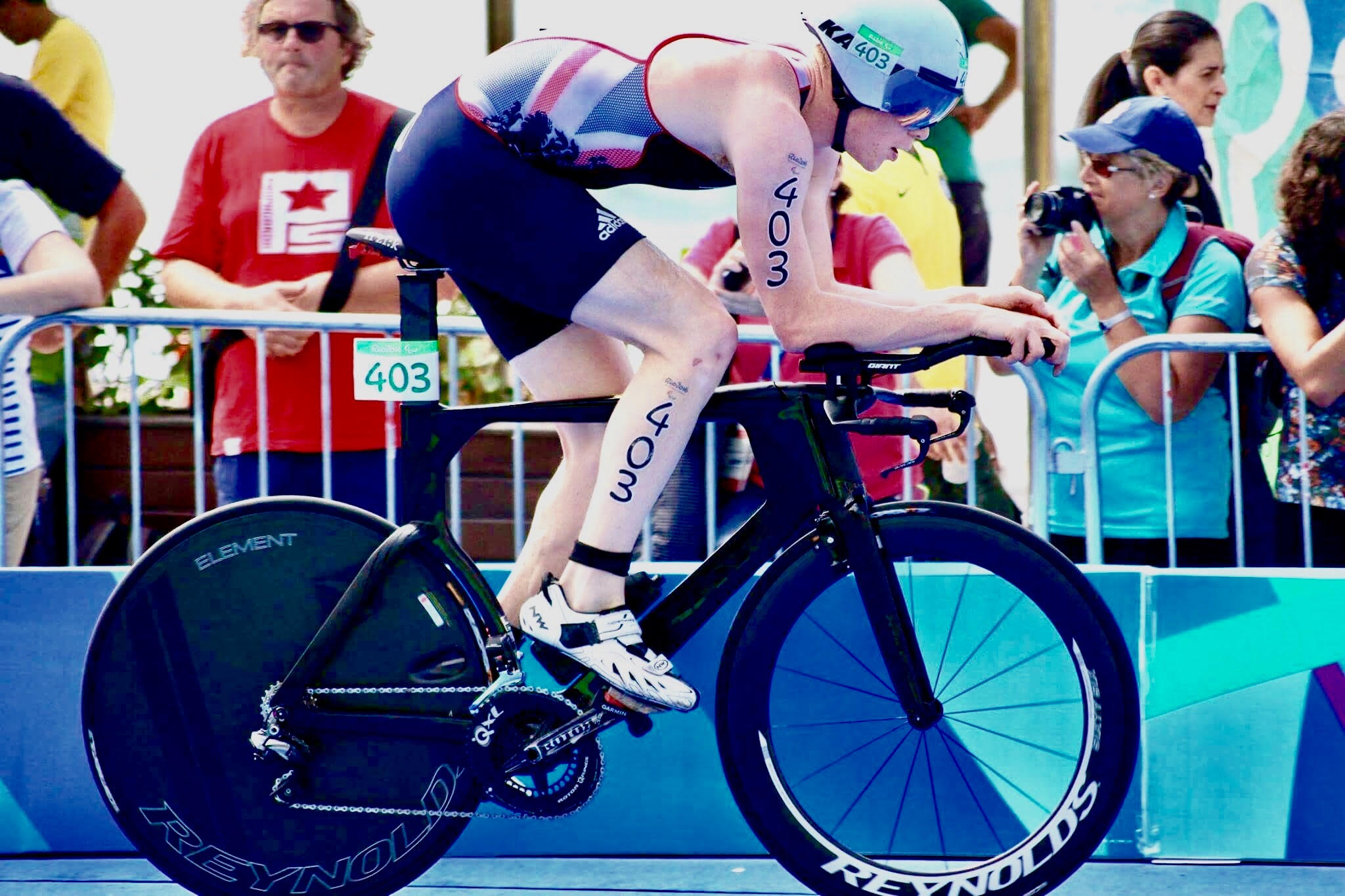 My name is George Peasgood and I am a Paralympic Triathlete.

I started triathlon back in 2010 when the Junior section of WaldenTRI was born. From then I always knew I wouldn’t be as good as my peers due to what I called a ‘funny foot’ from an accident I had when I was 2 years old. I have very limited ankle movement which doesn’t affect my swim so much but does my running significantly. Paired with that my left leg is also 2cm longer than my right … this could cause a lot of imbalances on the bike but Liam at Newdales thought of a way to effectively make my legs equal lengths on the bike.

He constructed an attachment to sit between my bike shoe and cleat made out of numberplate’s to make up for the 2cm difference and it worked a treat.

Through my triathlon training I have also become known for my ability in cycling, I have raced internationally as a C4 Para Cyclist, finishing 2nd at the 2019 Track World Championships for the 4km Individual Pursuit. I have raced the Road Time Trial at Worlds previously finishing 5th, this year I also won a UCI Road World Cup in the Time Trial.

Para-cycling is something very much on the radar for Tokyo2020 if I make selection but I will be putting all my focus towards the Triathlon.

Every new bike I have owned has been from Newdales, from my very first child bike to my current racing machine I used in Rio2016 and will again at the Tokyo2020 Paralympics.

Send us an email, give us a ring or pop into the shop. We endeavour to answer all enquiries within 24 hours on business days.